Global Peace in the Twenty First Century: The Gandhian Perspective

Global peace is a relative term. In the discipline of international relations, it is defined as the absence of any kind of military threat from outside the sovereign jurisdiction of any country. It also denotes cooperation and understanding among all nations across the globe so that people can enjoy a minimum living standard in a peaceful environment.

A number of schools of thought have emerged during the twentieth century that focuses on various means for the promotion of global peace and security. Gandhian model of global peace is one of the viable alternatives.

In the backdrop of contemporary unjust global order, the paper makes an attempt to focus on the relevance and importance of Gandhian philosophy for the promotion of global peace in the twenty first century.

Violence has become a cult in the world since the early twentieth century. More than 20 million people have been killed in around 150 wars since 1945. Even the domestic violence have increased tremendously. We are living under the shadow of violence and no life is safe on this earth. The developed countries in the name of national security spend around twenty times as much on military expenditure as they provided for economic aid. 70 percent of the world military spending is by six major military powers, 15 percent is by other industrialised countries and remaining 15 percent is by the developing countries.  The progress in areas like health, education and housing is slowed by the diversion of precious human resources for national security, military purposes and in combating terrorism, and separatist movements.  In this backdrop, the present paper aims to focus on the relevance of Gandhian approach for resolving social and political conflicts with a particular objective to promote world peace and security.

World peace is a relative term which denotes many things to many people. In the discipline of international relations, world peace is defined as the absence of any type of military threat from outside the sovereign territory of a state. It denotes cooperation and understanding among all nations across the globe so that people enjoy a happy life and derive all advantages from modern science. From this perspective, world peace is inclusive in nature which incorporates human security in terms of health, education and economy along with environmental and military security. This perspective bears significance in Gandhian philosophy. A number of school of thoughts have emerged during the twentieth century that focuses on different means to promote global peace and a just world order. Four school of thoughts have been prominent: Liberalism; Realism; Socialism and Gandhism.

Liberalism: After the end of the First World War, a school emerged in the name of liberal internationalism. The idea was espoused by the US President Woodrow Wilson. Liberal internationalism offered two-part diagnosis of what went wrong in 1914 and a corresponding double prescription for avoiding similar disaster in future. The first prescription is directed towards domestic environment of a nation. It is argued that normally people do not want war. War comes about because people are led into it by militarists or autocrats. Therefore, what is necessary is to promote liberal democratic constitutional systems based on the principles of national self-determination. The rationale behind it is that if all regimes are converted into liberal democratic system there would be no war in future. The second component of liberal internationalism targets the pre 1914 international institutional structures. The anarchic pre-1914 international system undermined the prospects for global peace. Decisions taken by various leaders had not been sanctioned by Parliaments or Assemblies. There were no mechanism to prevent war. What was therefore required was the development of new institutional structures to deal with any such eventuality. League of Nations was the end product.

Liberal internationalists argue that people have a real interest in and desire for peace. Democratic systems would allow these interests and desires to dominate.

Realism: This theory argues that international system is anarchic in nature. There exists a society of sovereign states, each of which seeks to preserve their national interests. The emphasis is more on order than justice. A hierarchy of nations based on the principles of balance of power is seen as the ideal order. Realists argue that balance of power would reduce conflicts and manage disparities in power. Intervention in the affairs of other states is not justified unless it is necessary for the intervening state’s survival. In other words, the nation state system is the best alternative because it helps to maintain international peace and security.

Socialism: The socialists see equality in structural terms. They are not only concerned with domestic equality, rather equality at the entire international level. The socialists anticipate global organisation based on a large number of socialist communities to promote equality. Socialism, according to them, is a universal doctrine. Nationalism, therefore, contravenes the socialist ideal. The world needs to be transformed into a socialist society through holding socialist revolution which would virtually ensure global peace and security.

Gandhism – The Fourth Alternative: Gandhi did not concern himself much about global problems. However, the occasional remarks he made about international affairs together with an extension of the implications of his utterance in the domestic context reveal a fairly clear global order he had projected.

Gandhian world order essentially aims at developing a culture of peace, whereby human beings would be able to curb aggressiveness and prepared to follow a policy of peaceful coexistence or at least a policy of non-military global competition. Gandhi focussed on the unresolved problems of international relations. To him, war was ‘unrighteous’ because it contradicted the principles of ahimsa and the higher law of dharma.  Gandhi considered war as the creation of minority, who would try to impose their will upon the majority. Human beings, according to Gandhi, by nature are non-violent. It they were violent, as projected by some political thinkers, then it would have been difficult for them to survive till date. Gandhi therefore stressed upon the unilateral rejection of the use of violence in any form in any human relations. He prescribed moral means to settle all disputes – interpersonal or international. During the Second World War, Gandhi advised England not to fight Hitler with arms rather he urged upon the use of Satyagraha in international relations. According to Gandhi, free India would act as a medium through which ‘international relations’ will be placed on a moral ground.” He further stated that India’s liberation by pacific means would be ‘the largest contribution that any single nation will have made towards world peace.’

To Gandhi, violence breeds violence. He firmly believed that violence could not be removed by violence, it could only be removed by non-violence. Keeping in mind the present violent nature of international relations, the pertinent quest that arises is – how a country would follow non-violent path when it knows that it is encircled by enemies? According to Gandhi, there is no enemy, only there can be adversaries who could be win over by soul force, not by brute force.

Goutam Buddha preached the message of Ahimsa and compassion. Asoka, one of the greatest emperors, had followed Buddha’s teachings in giving up wars and followed the path of peace after Kalinga episode. Lord Mahaveer and Jesus Christ preached the message of love, forgiveness and peace. During the twentieth century, Gandhi voiced the efficacy of non-violence against violence. He preached moral means to settle international disputes. He made this experiment in South Africa and India in the hope that the example he presented would inspire the whole world to follow suit. Gandhi’s conception of India’s independence had global relevance in the sense that he wanted free India to be instrument for human welfare and global peace.

Absence of peace is both the cause and effect of tensions in the social, national and international spheres. It frustrates all attempts at economic development, social progress and human solidarity. Peace is a positive force of cementing people. War which is a divisive force can never contribute towards the promotion of global peace. Therefore, the search for peace, according to Gandhi, should be in the way of non-violence alone. Gandhi in fact advised to mobilise millions of people for non-violent resolution of conflicts and for the establishment of world peace.

Gandhi viewed human beings as essentially good and saw them as divine. According to him, the divine element is present in all human beings and therefore all are equally endowed with the capacity to develop non-violence. Gandhian concept of non-violence postulates positive relationship between man and man, man and nature, man and society and society and society. Human values are to be promoted and nurtured so as to develop feelings among the people that they are not citizen of one specific country rather citizens of the whole world. To Gandhi, peace is not mere a cessation of hostilities. The precondition for peace is freedom from exploitation. Only non-violence and just peace would ensure lasting peace.

Gandhi had reservations about the efficacy of international law as an instrument for the solution of inter-state disputes. He prescribed for a world federation of free and independent states that would promote universal disarmament. According to Gandhi, the international conditions could not satisfy the conditions for bringing genuine peace.  Gandhi stood for non-violent and non-exploitative social order which alone could ensure just and enduring peace.

Gandhi’s approach to 21st century economic problems has been based on maximum labour intensive, employment oriented and minimum capital-intensive industry, thus avoiding the unnecessary and excessive use of machines and ever rising spiral of industries and technological expansion. Gandhi stated that the approach to development and economic growth must be harmonised with human value. The main aim should be to have worth living place and worth living life which can be achieved through changing our life style and controlling our unlimited needs and greed.

Gandhism is a living thought for solving the social, economic and political problems of the day. It is becoming more and more relevant with the passing of time due to relevance of moral principles in each and every field. Gandhi will continue to be remembered in future for the unparalleled path he has shown to the people all over the world towards the promotion of global peace and a just society. Gandhi sought to erect a non-hierarchical, non-materialist, non-imperialist and non-racist global order based upon the principles of truth and non-violence. He has therefore been described as an apostle of peace who strove and died for peace.

Birth anniversary of Mahatma Gandhi (1869 – 1948) is celebrated on 2nd October every year. 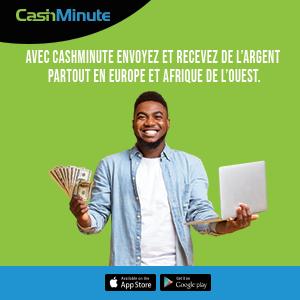 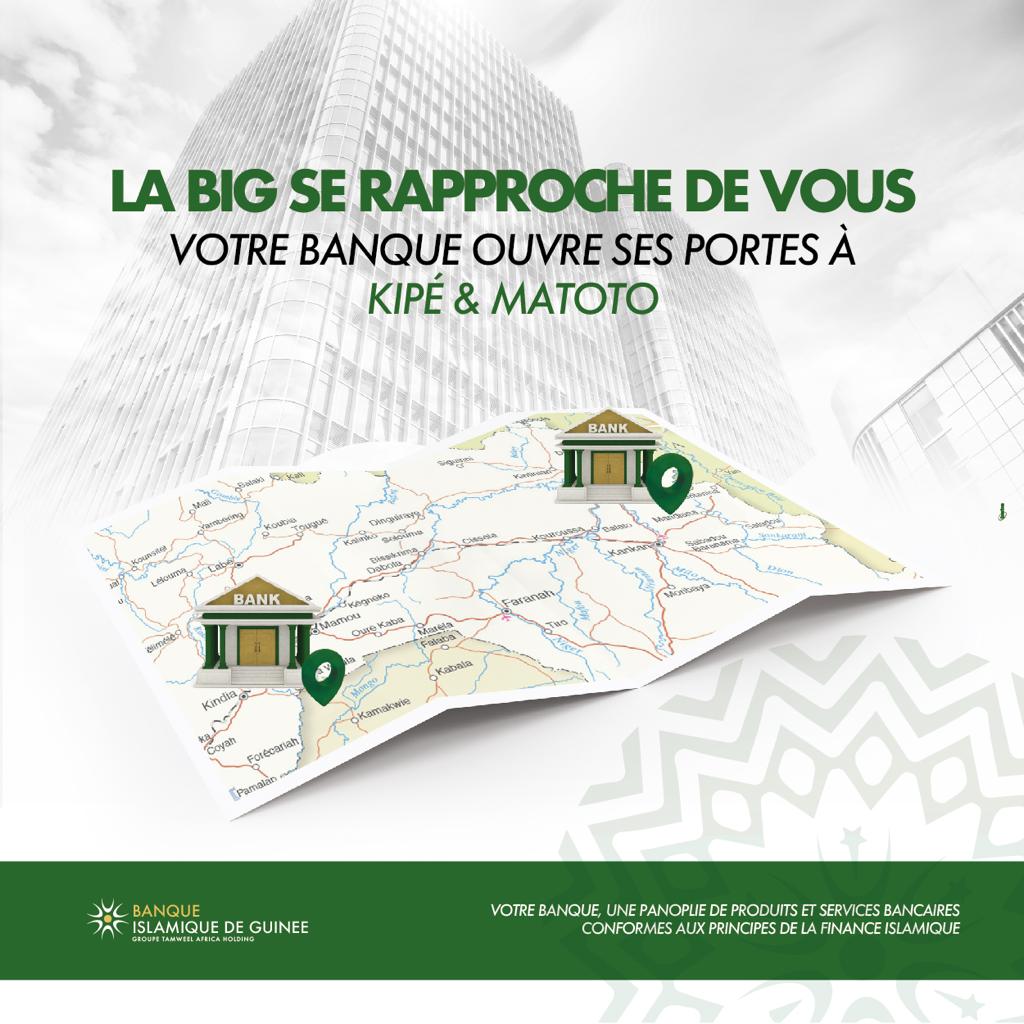 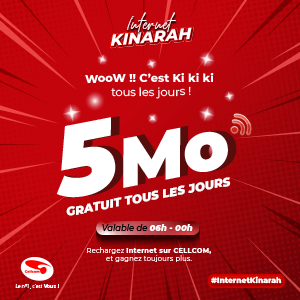